Leveraging hundreds of millions of anonymous data points, INRIX evaluated the impact of recent Shake Shack openings on QSRs in three US markets.

Quick serve restaurants operate within competitive a landscape susceptible to extreme disruption from new entries, products, promotions, and the economy. Currently, most restaurants lack the ability to measure their performance relative to the competition. Sales alone do not capture the whole picture. Facing declining sales but defending market share against a new entrant could be a success, while increasing sales below the rate of an overall market’s growth a failure.

INRIX Research began with the question: how does the opening of a high-profile restaurant impact market incumbents? 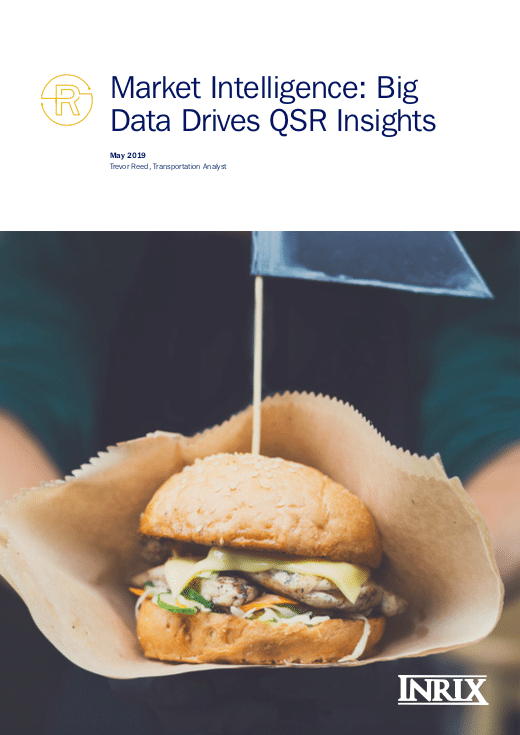 – In the three markets studied, the new Shake Shacks diminished the market share of nearby QSR competitors

– In Charlotte, McDonald’s and Chick-Fil-A saw declines in visits by 35 and 45 percent, respectively

Complete the form to request your free copy today!