A study in 2019 conducted by the Pennsylvania Department of Transportation (PennDOT) concluded that 924 vehicle collisions could be attributed to work-zone-related congestion–of that, over half of the collisions occurred within a half-mile of the work zone itself.

It’s no great secret that work zones present a challenge for roadway safety. Drivers respond too slowly to sudden changes in speed, but outside of traditional awareness tools such as hardware and signs, what improvements can be made?

Using INRIX data, PennDOT built a traffic control plan for work zones based on their nuanced characteristics: speeds, queue lengths, the point at which free-flow breaks down, etc. PennDOT used the data to determine at which point drivers would need to be alerted of upcoming work zones and the slowdowns they generate, and implemented adaptive signage that would adjust messaging based on near real-time vehicle probe data. 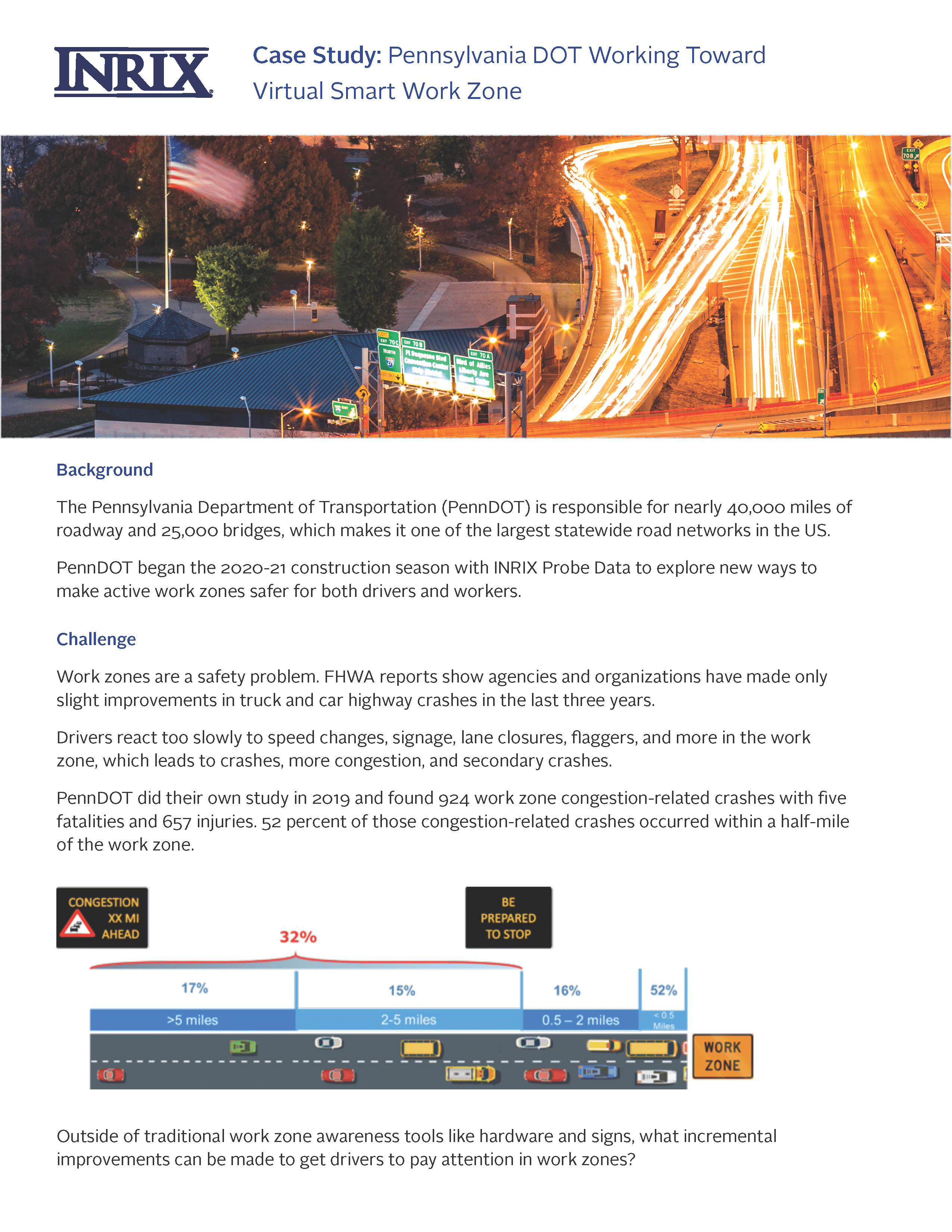 The Challenge: In Washington County, Oregon, a problem was emerging along the 65th Avenue corridor off of Interstate 5 –...

The Challenge: After COVID-related restrictions went into effect, the Virginia Department of Transportation noticed an unsettling increase (24%) in traffic...

The Challenge: The City of Austin has 1,000 signals which it reviews on a three-year rotation. Although considered a best...