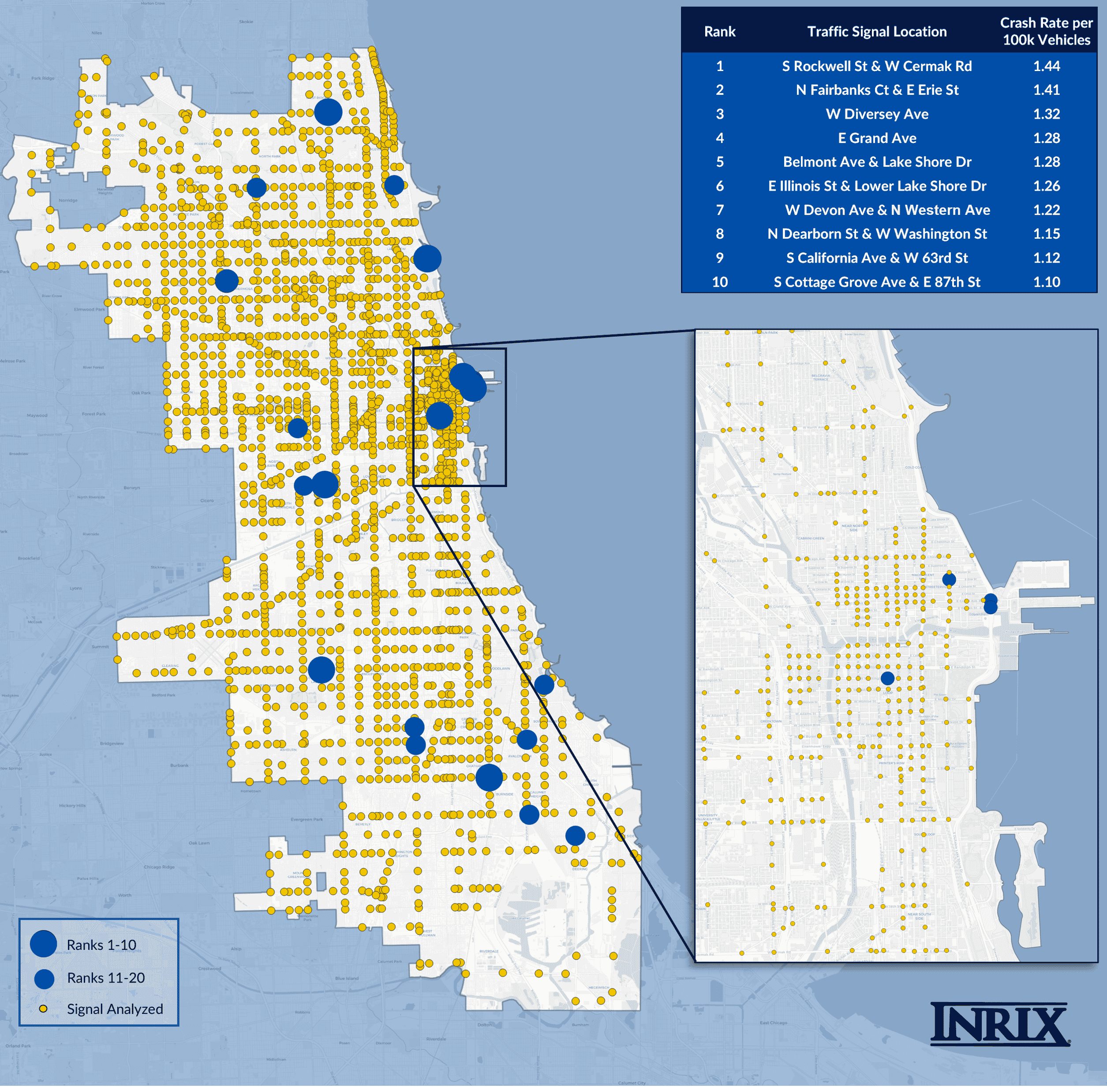 Out of the five cities analyzed, Chicago recorded the largest number of crashes. Given the sheer number of crashes compared to other cities, it’s likely Chicago simply has a more robust crash reporting system than Los Angeles or Dallas.

Nationally, 40% of collisions occur at intersections, according to NHTSA. Within Chicago, however, INRIX data reveals a higher proportion of crashes near intersections. During the four months analyzed, Chicago reported 34,729 crashes, with 20,171 occurring within 400 feet of a signal, representing 58% of reported collisions.­­­

For more information please reach out to Bob Pishue, Transportation Analyst, at bob.pishue@INRIX.com