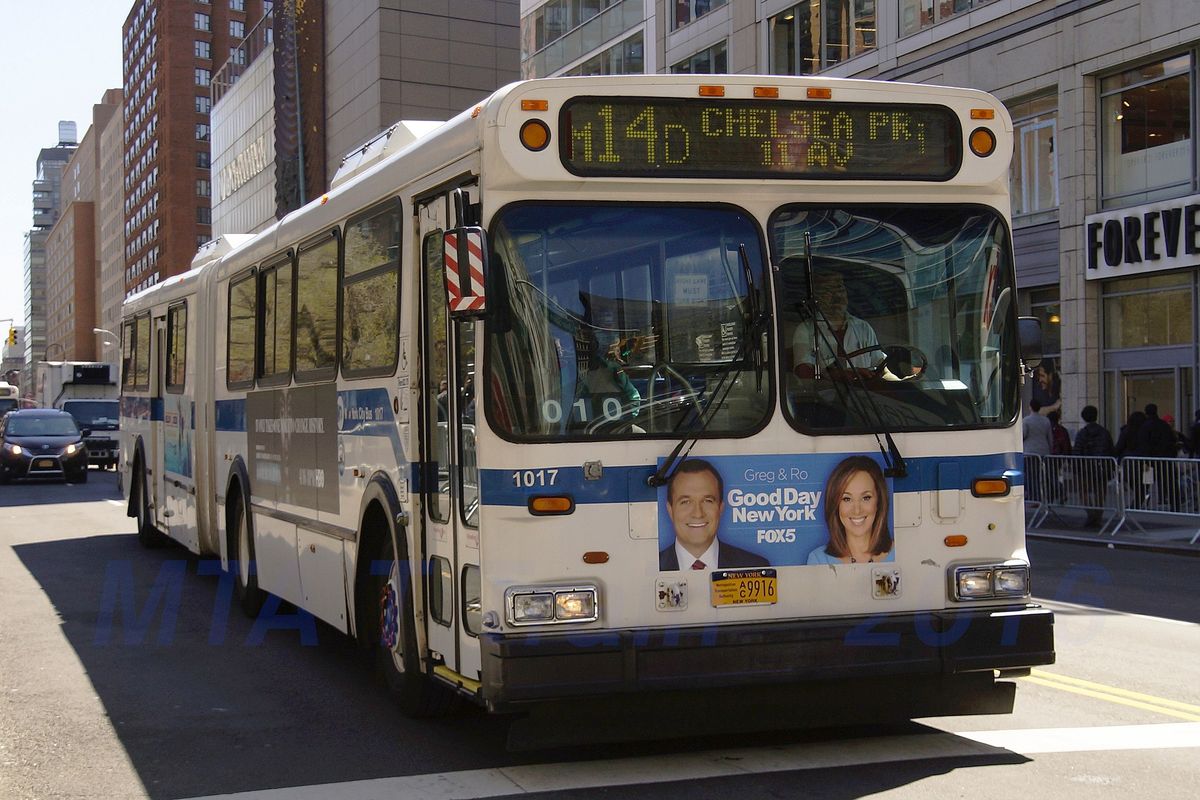 The 14th St. busway in New York City opened October 3rd after years of planning and several lawsuits. The 18-month pilot drew inspiration from King’s Street in Toronto, and was conceived in response to the then planned 16-month closure of the L Subway line for repairs. The exclusion of cars from a major crosstown route, carrying approximately 21,000 vehicles per day, drew national attention to a very local topic, bus lanes. Critics predicted 14th St.’s traffic would inundate parallel streets both to the north and south (e.g. 12th, 13th, 15th, and 16th St), while bus riders anticipated speedy trips, which averaged 4.5 MPH prior to the busway opening. Armed with vehicle travel data, INRIX Research analyzed the impacts of the 14th St. busway during its first week of operation.

Although the sample size is limited, initial congestion fears appear misplaced. According to INRIX data, the 14th St busway had no discernible performance changes to neighboring roads. The below chart indicates average vehicle speeds did not change by a measurable amount.

It’s remarkable that initial analysis showed little change immediately following this massive road network change. In most instances, a radical change road configuration causes havoc until a new ‘normal’ is established, but in this case it did not. In effect, the driving experience has not changed as a result of the busway’s opening.

The 14th St busway illustrates the common fear associated with removing car lanes for other modes (e.g. bus, bike). According to the data, the displacement of personal vehicles to neighboring roads was negligible, but the time savings for the tens of thousands of daily bus riders was massive. The impact, or lack-there-of, may seem surprising but similar projects around the world have had similar results. The reallocation of space from vehicles to buses represents a far more efficient use of a limited public resource. Whereas one urban lane in congestion can move roughly 1,000 people an hour, a transit way can hit 25,000. As a result of this project, more people are getting where they need to be faster and more reliably.