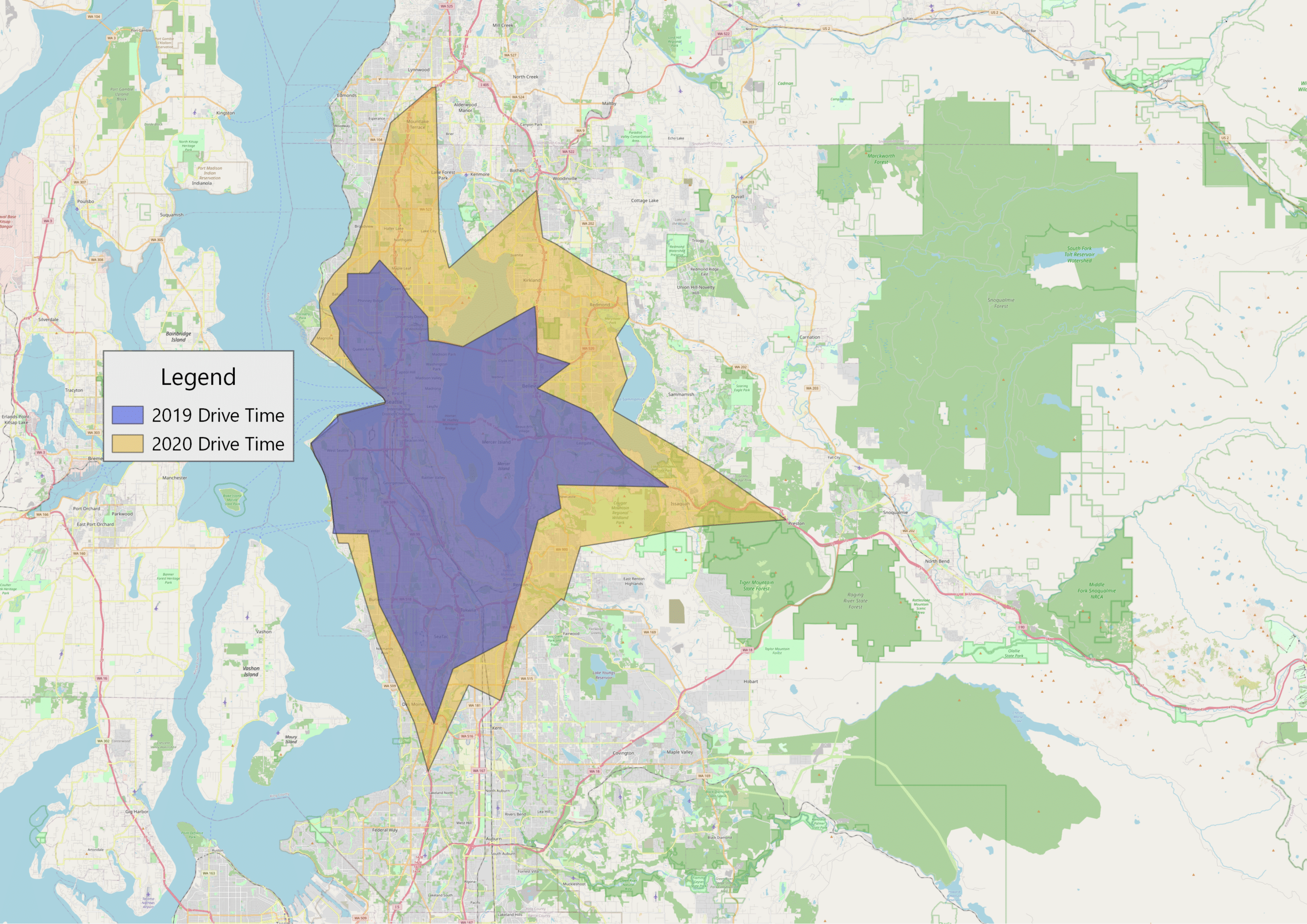 When the Coronavirus pandemic struck the United States, roadways all over the country were impacted. Businesses sent their employees to work from home, and many no longer had a reason to travel downtown. Traffic that consisted of commuting employees, taking kids to school and running other related errands vanished. Observing these open roadways arouse the question: how would significantly reducing traffic congestion affect employers and businesses?

Congestion on the road is often considered a burden for the driver, but both the drivers and employers would benefit from reducing traffic congestion. Less congestion would expand the labor pool for the employers. Downtown Seattle was not accessible within thirty minutes to cities such as Shoreline, Mountlake Terrace, Kirkland, Redmond, Issaquah and Renton. However, when congestion fell during COVID it became accessible. More people would be able to commute to Seattle in thirty-minutes and would be more willing to make the drive if they don’t have to sit in traffic. By reducing congestion, employers would also have more efficient movement of goods and services, improving their bottom line.

As businesses begin to reopen, and employees go back to commuting to downtown for work, this congestion will likely return. Though a pandemic is not a good way to reduce traffic congestion – city officials, employers and the general public could work to mitigate the inevitable increase in traffic congestion on the horizon.