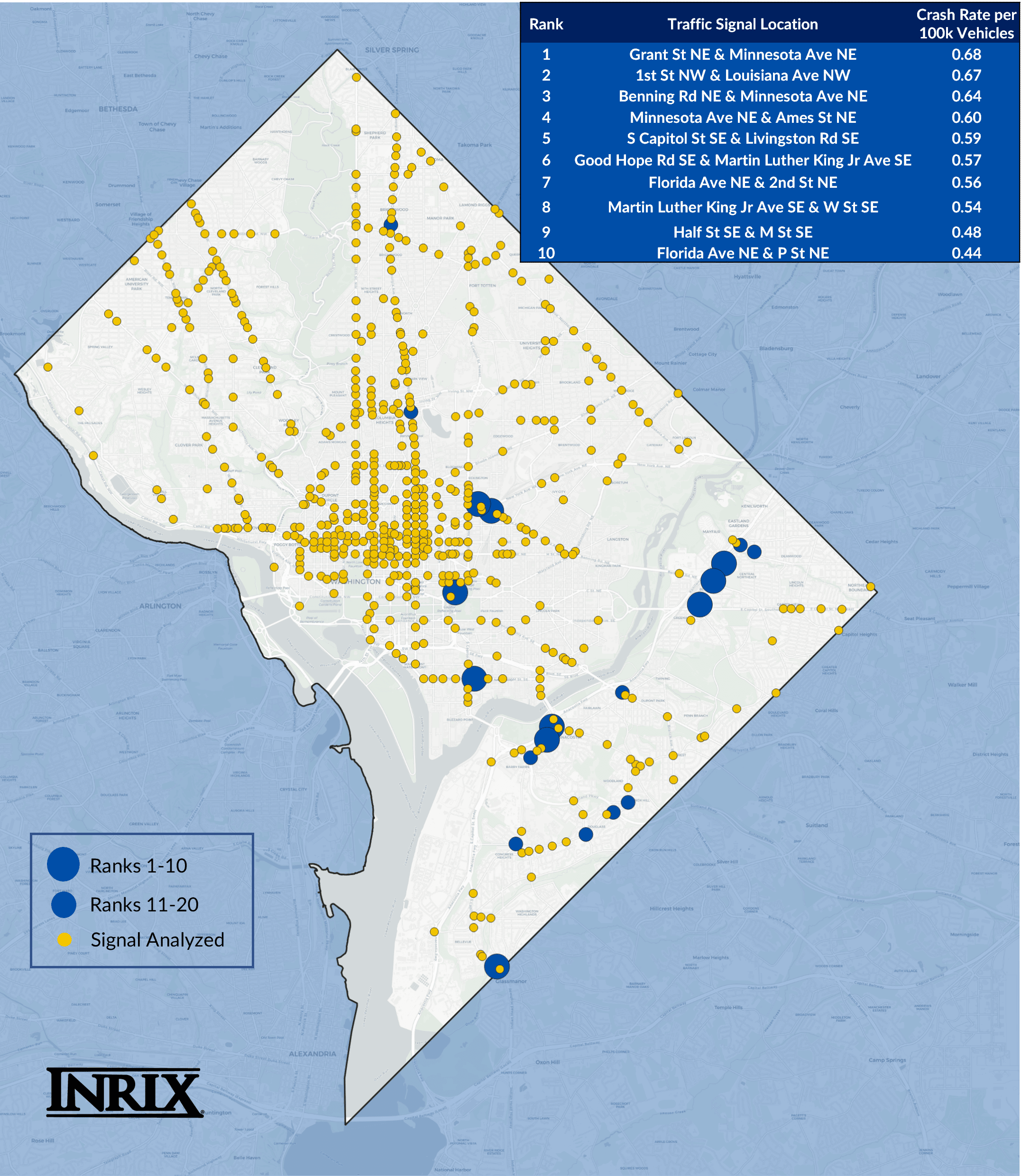 While Grant Street NE & Minnesota Ave NE had the highest crash rate, the most crashes (35) occurred near the intersection of Minnesota Ave SE & Pennsylvania Ave SE, which ranked 19th by crashes per 100,000 vehicles.

Nationally, 40% of collisions occur at intersections, according to NHTSA. During the four months analyzed, the District of Columbia recorded 5,505 crashes, with 2,396 occurring within 400 feet of a signal, representing 44% of reported collisions.­­­