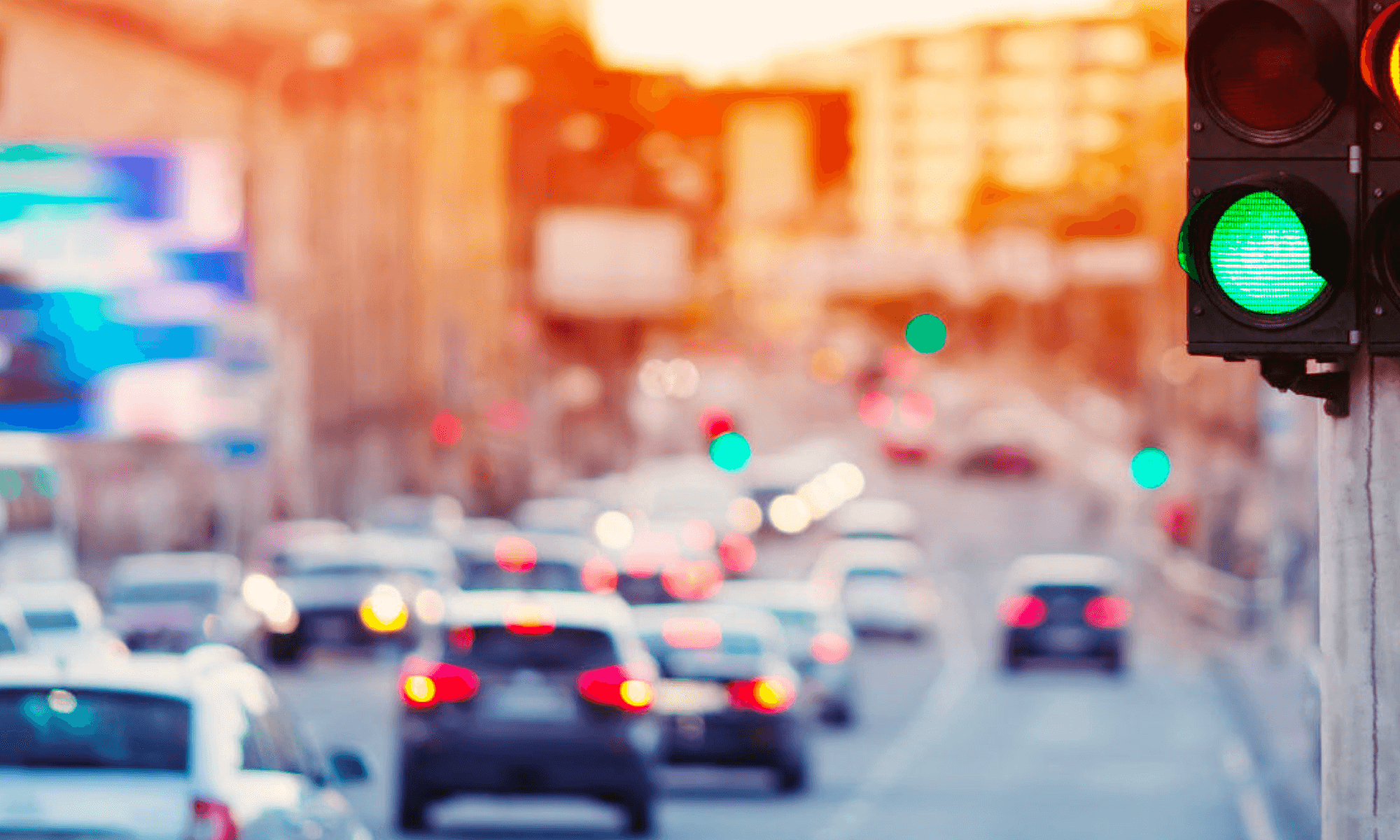 When the coronavirus pandemic struck, cities all around the world went into lockdown. Roads were deserted as businesses closed and sent employees home to work. In the United States, we saw major congestion hotspots transform to free flow traffic as people stopped commuting downtown to work. Now, over a year later, businesses are opening and the roads are returning to their pre-COVID state.

Using the INRIX Trip Analytics tool we looked at how much downtown trips decreased throughout the course of COVID in Chicago, Los Angeles, New York, and Washington DC, as well as Berlin, and London. To get an idea of the decline, we analyzed the number of trips to these downtown cities in April 2020 (start of pandemic-relate shutdowns), February 2021,  and recently in June 2021. We compared these months to a pre-COVID baseline in February 2020. 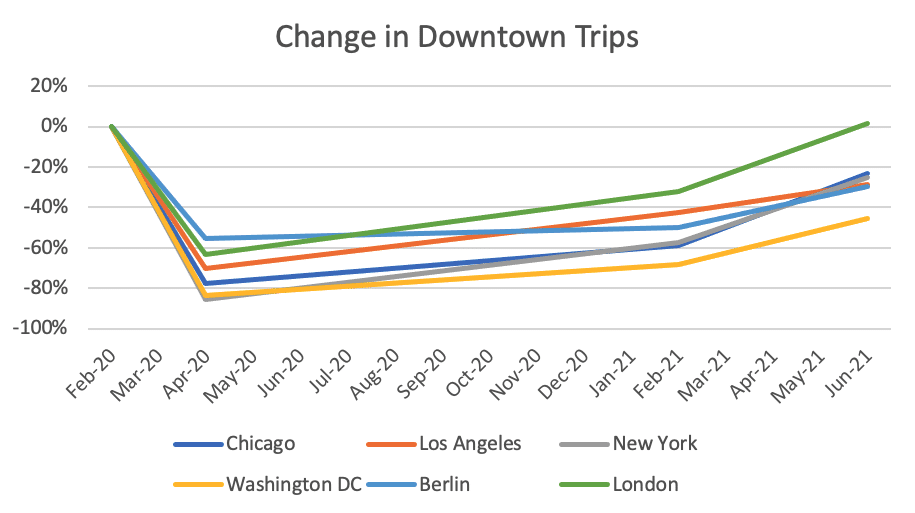 Near the start of the COVID outbreak in April 2020, most businesses were closed, resulting in a sharp decline of people traveling downtown. New York dropped the most with 86% and DC followed closely behind dropping 84%. Chicago decreased their downtown trips 78% and Los Angeles by 70%. London and Berlin did not decrease quite as much, dropping by 63% and 55% respectively.

The number of trips to downtown Los Angeles rebounded to 42% during February 2021 compared to the pre-COVID levels. As of June, the trips have bounced, but still remain down 29%. Conversely, downtown trips in New York City rose to 58% in February, and as of June, trips climbed to 25% down.

Washington DC had the greatest decrease in downtown trips, and has also been one of the slowed metros to recover. In February 2021, trips were down 68% and still down 46% in June, despite all capacity restrictions being lifted on June 11.

Chicago had one of the quickest returns to normalcy thus far. In February, downtown trips were still down by 59% but have since recovered to -23%.

The COVID pandemic also had a lasting impact on the streets of downtown Berlin, with trips 50% compared to normal in February 2021. In June, downtown trips began to recover and reached 71% in June. London roads were not impacted quite as much. The number of trips to downtown London still down 32% in February and returned to 100% in June.

Overall, downtown areas of cities are coming back to life, but they are still lagging compared to less dense metro areas. There is more travel between suburbs around the cities, rather than travel from the suburbs to the downtown area. The Chicago, Los Angeles, New York, and Washington DC metros had consistent days in June where they reached or surpassed 100% of normal. However, Berlin and London metropolitan areas have yet to reach 100%. The Berlin metro area was still down 13% in the last week of June, while trips in the London metro was 29%.

Roads around the world will likely continue to return to their pre-pandemic state as commuters go back into the office, restaurants return to full capacity, and university students move back to in person classes.