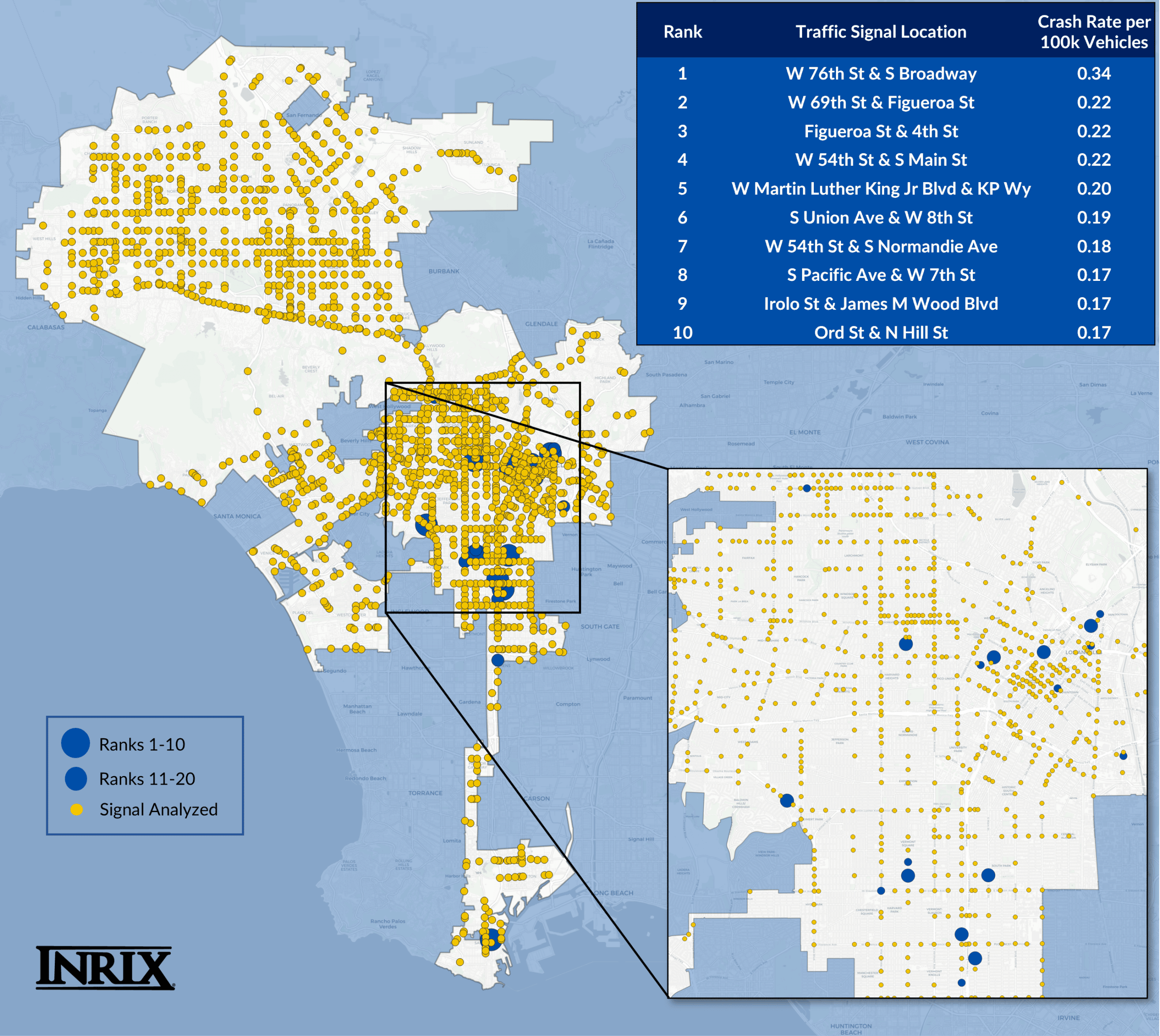 Nationally, 40% of collisions occur at intersections, according to NHTSA. Within Los Angeles, however, INRIX data reveals a higher proportion of crashes near intersections. During the four months analyzed, Los Angeles recorded 8,096 crashes, with 4,639 occurring within 400 feet of a signal, representing 57% of reported collisions.­­­