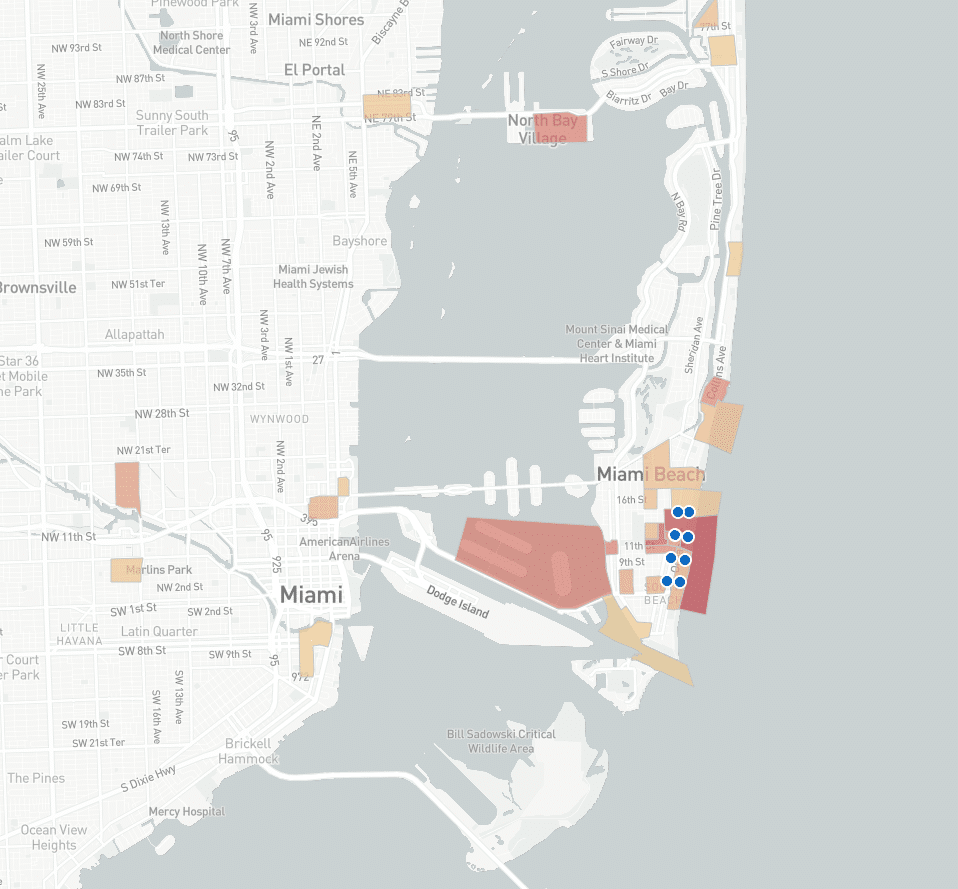 One year ago, the City of Miami Beach imposed a curfew to stop the spread of the Coronavirus. Fast forward to today, and City officials again imposed lockdowns at night – with Miami Beach City Manager Raul Aguila declaring a State of Emergency over building crowds in Miami Beach during Spring Break 2021.

As part of the emergency, City Manager Aguila implemented an 8PM through 6AM curfew from “5 Street on the South, 16 Street on the North, Pennsylvania Avenue on the west and Ocean Drive on the east.” The City labeled this area the “High Impact Zone.” He further closed and limited traffic on roads leading toward and within Miami Beach. Using INRIX IQ Visits Module we wanted to investigate whether people followed the 8:00PM curfew in the High Impact Zone. The curfew is enforced Thursday through Sundays.

Leading up to the Curfew, we can see significant increases in traffic versus the week prior, with a 47% increase in visits the week of March 15-March 21.

We found a significant decrease in activity during the weekdays (Mon-Wed, March 22-24) versus the prior week, beginning at 4PM lasting through 4AM. For example, at 4PM, visits to the Entertainment District during the Emergency Order dropped 38% on weekdays versus the week prior. It appears to have fewer visitors even before the curfew is in effect, and continues throughout the night, though the amount of visitors stays relatively flat throughout the evening – even when the curfew is in effect.

Over the Curfew weekend, we see similar patterns as pre-Curfew visits until the late evening. After 9PM, visits drop 15% by the 10PM hour, and drop an additional 19% the following hour.

We can see that key areas outside of Miami Beach, like the University of Miami, Doral, Hialeah and others are all in the top 10% of Florida Census Block Groups with visitors to the Entertainment District. There were many others with a location outside of Florida, that warrant additional analysis. Even a few districts in Jacksonville ranked in the top 10% of Census Block Groups of visitors.

In my estimation, it appears that people from all over Miami were the bulk of people comprising Miami Beach partygoers. While still early, the curfew has limited the number of people gathering during the weekdays to a large extent, while weekenders were less likely to adhere to the new guidelines.

As data continues to be processed regarding this last weekend, we will gain better insight into if the curfew is being taken seriously.