Technologies More Important Than Performance or Brand for Audi Drivers 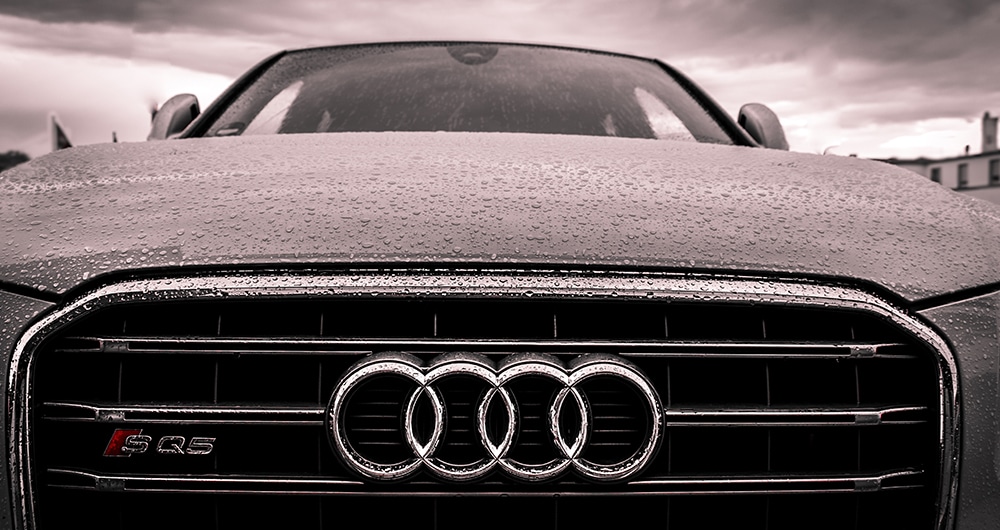 My latest project is to re-analyse the data from the highly influential INRIX Connected Car & Autonomous Vehicle Consumer Survey by car manufacturer. I’m interested in understanding whether there is any difference in the most desirable features and services between drivers of different car makes.

The study surveyed over 5,000 drivers of nearly new vehicles (under three years old) in five major markets (US, UK, Germany, Italy and France). For the first time, INRIX Research has isolated the responses of Audi drivers in order to understand their specific views on Connected Cars.

Audi drivers were slightly more likely to be male (56%) and younger than either the overall sample or even other German automakers. In fact, two thirds of drivers (67%) of Audi drivers were 40 or younger in the survey. Whilst, German car manufacturers are incredibly popular with German drivers Audi drivers are more geographically disperse than the other German carmakers. For example, a quarter (25%) were in Germany and Italy, followed by a fifth (20%) in France and slightly less in the U.K.(19%) and the U.S. (11%).

Drivers of Audi connected cars rated them well at 8.5 out of 10 (on average) and whilst this was slightly lower than their closest German rival BMW (8.6) it was higher than Mercedes-Benz (8.3).

The importance of technology to Audi drivers is clear from the ranking of the most desirable connected car services and features in their next vehicle. Navigation based technologies that help drivers arrive at their destination quickly and safely take the top three spots in the ranking. Real-time incidents (96%) that enables route optimisation and automatic re-routing comes out on top for Audi drivers, followed by road condition alerts (95%) and real-time traffic information (94%). Almost all Audi drivers want these features in their next car.

The Top 10 most desirable connected car features for Audi drivers are ranked as follows:

The original must-read study by INRIX Research revealed broader insights into the connected car revolution and provided good news for carmakers, especially in Germany. Overall the study found that traditional automakers are winning in the connected car and autonomous vehicle race. Key insights regarding the future of the automotive industry included: