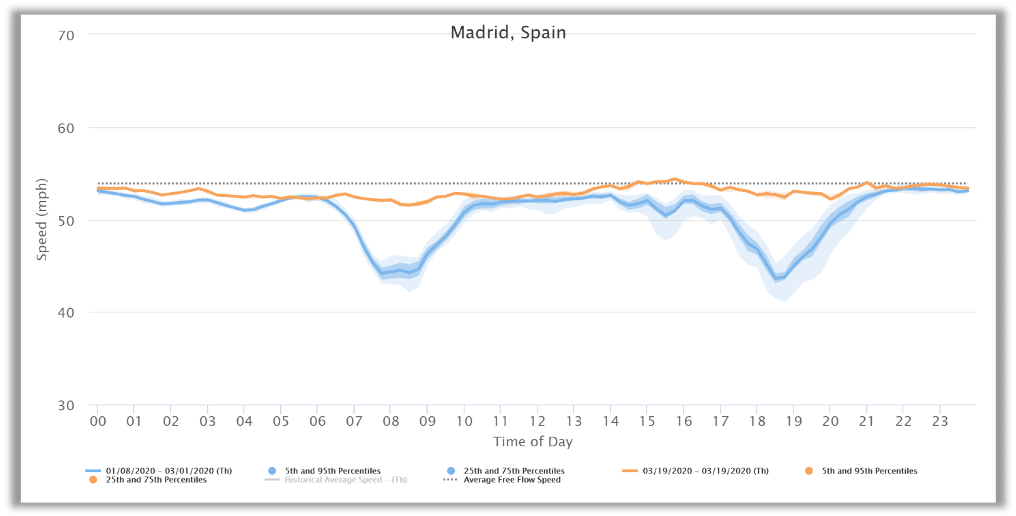 Travel speeds in Europe’s major cities have increased significantly, but not to the same degree as American cities since the emergence of COVID-19. It is likely attributable to lower levels of personal vehicle use as the proportion of overall vehicles, meaning a larger amount of congestion attributable to freight and delivery trips.

London is showing the second largest changes in average travel speeds during peaks after Madrid, realizing AM shifts of 6 MPH and PM changes of 5 MPH. However, these speeds are still far below free flow conditions, which are still another 7 MPH and 6 MPH faster respectively. 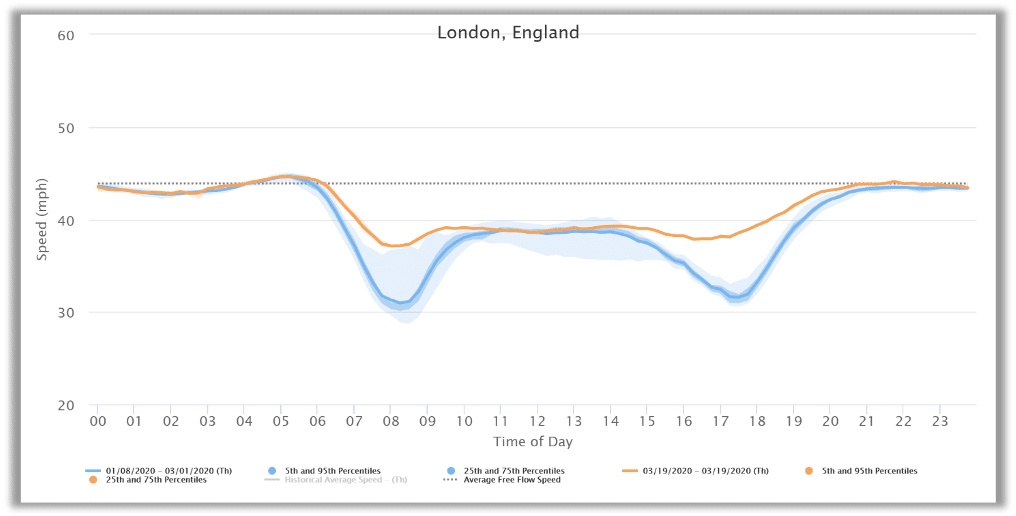 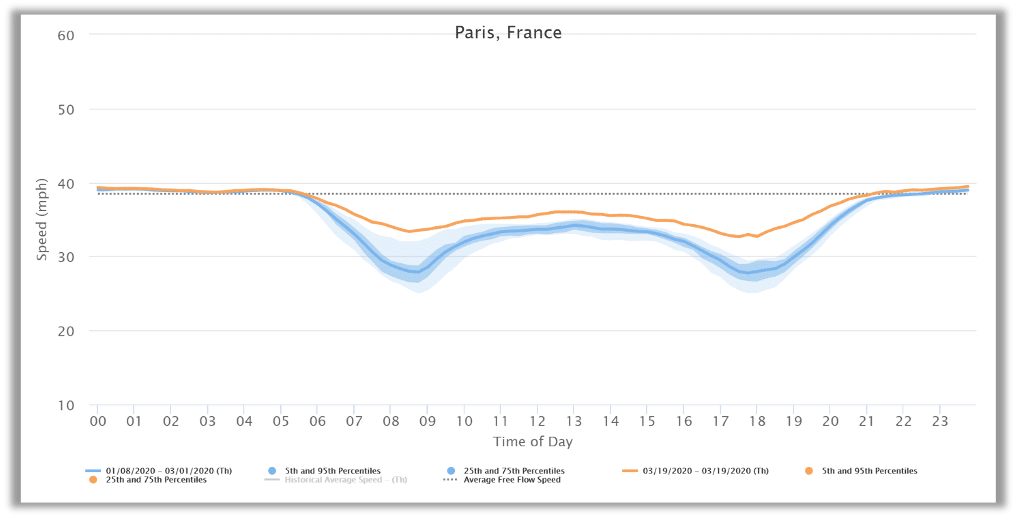 Amongst the remaining four cities INRIX Research analyzed, the travel speed increases attributable to COVID-19 are far less dramatic. In Milan, travel speeds are 3 MPH faster on average during the peak periods compared to normal, while in Berlin they are 4 MPH faster. Rome has seen improvements of 3 to 4 MPH during peak periods. Overall there has been an increase in average speeds, with the most significant increases occurring during the AM and PM rush hours. 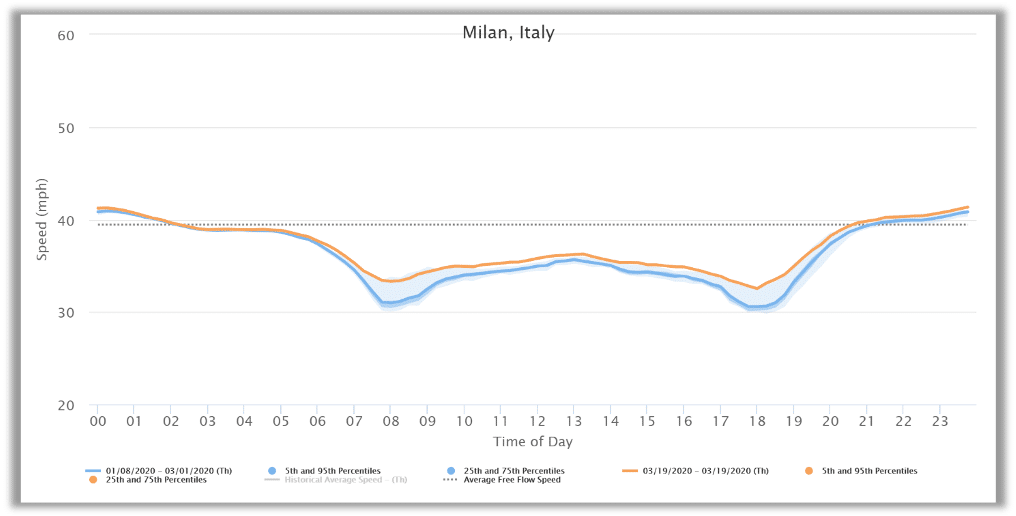 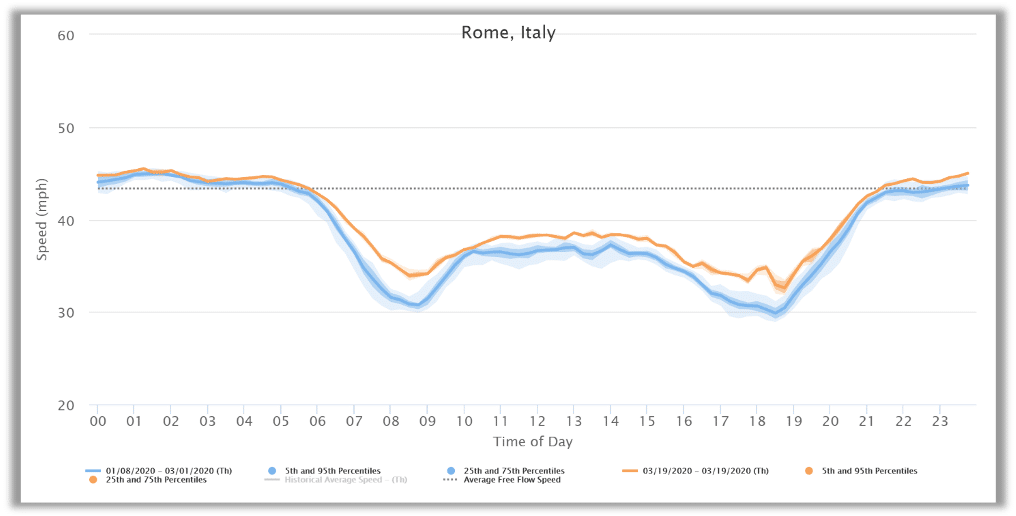 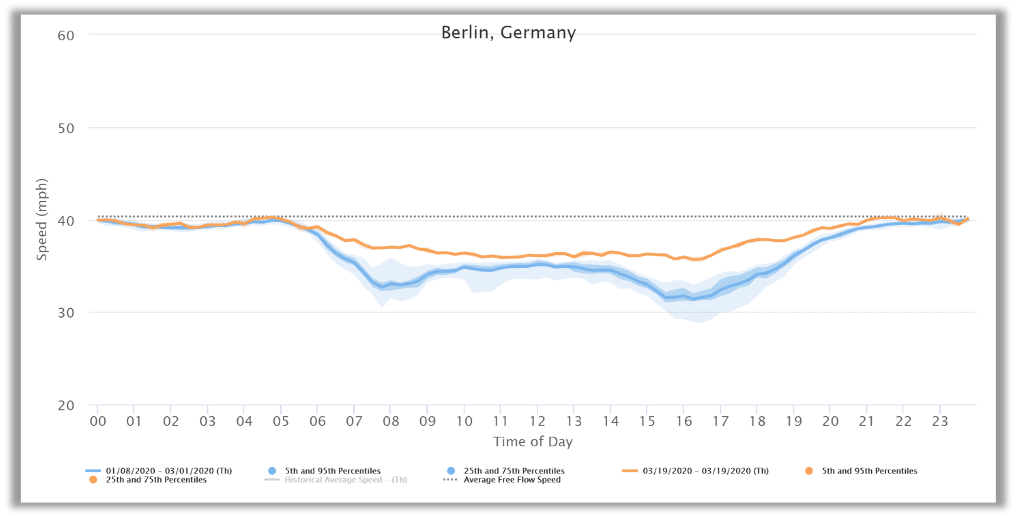 The much more moderate changes in average travel speeds experienced in European versus American cities is largely attributable to a dramatically lower proportion of car trips being attributable to commuters. Furthermore, they also have much more describe yourself essay limited highway (motorway) networks than their American peers. The much higher levels of fixed demand, coupled with lower network capacities has resulted in persistent congestion even during the COVID-19 crisis.