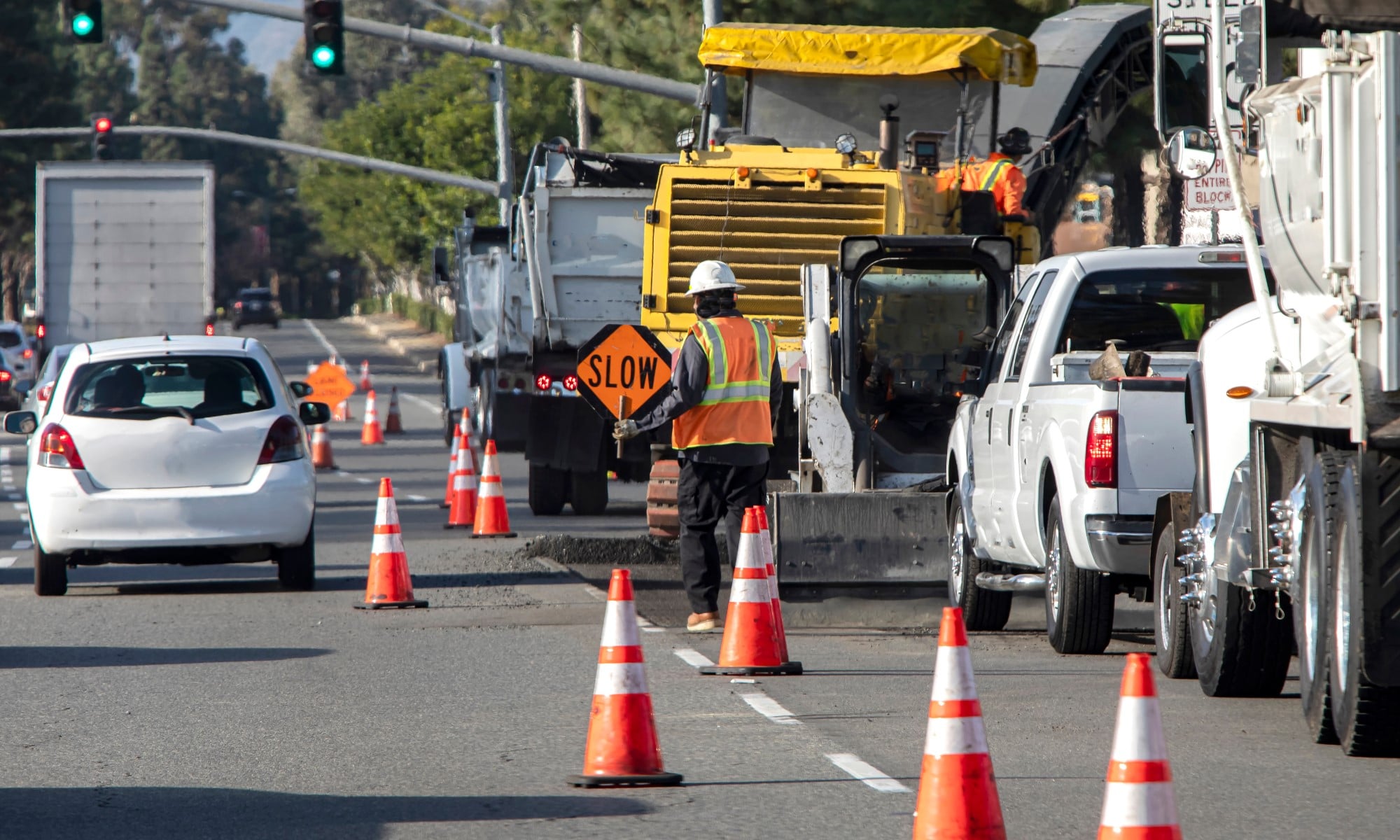 The week of April 11 to April 15, 2022 is National Work Zone Awareness Week (NWZAW). NWZAW is held each year in the spring at the beginning of construction season to encourage safe driving in highway work zones.

Inadequate driver response times can pose a significant risk to other motorists as well as the road workers themselves, making highway work zones potentially much more dangerous than ordinary roads. Additionally, many work zone incidents are secondary collisions resulting from crashes or unexpected slowdowns. In 2020 across the United States, 857 people were killed as a result of 774 fatal work zone crashes.

In 2022, the focus of this year’s NWZAW is on increased and more effective road signage as a preventive measure that can be taken to reduce work zone crashes. Pre-emptive warnings about upcoming work zones can reduce both the number of crashes and their severity, as drivers are able to take precautionary steps and reduce their speed ahead of construction areas, where lanes are often reduced, speeds are slowed, and traffic becomes dense.

For commercial vehicles, such as 18-wheel tractor-trailer trucks, early warnings are especially important, as their deceleration takes considerably longer than it does for smaller vehicles, meaning that even a difference of one extra mile for messaging can have a big impact. One company that’s been helping commercial vehicle operators is connected vehicle solutions developer Drivewyze, which has partnered with INRIX to create an in-cab, hands-free messaging solution for trucks called Commercial Vehicle Safety Alerts.

The Drivewyze Connected Truck Platform is the largest in North America, used by approximately 2.5 million commercial vehicles, representing roughly 25 percent of all the large trucks in the United States. For areas of the country where not much physical infrastructure exists, such as rural regions, the information Commercial Vehicle Safety Alerts provides is invaluable. Currently, truck drivers in New Jersey, Ohio and North Carolina are making use of the Drivewyze app.

DOTs and Other Agencies Are Plugged In

State Departments of Transportation (DOTs) and other government and municipal agencies are also tied into Commercial Vehicle Safety Alerts, as they can define the thresholds used to determine the validity and characterization of alerts (Virginia DOT is the host of this year’s NWZAW). In this way, transportation agencies can help carry out their mandates to safeguard lives and increase safety on roads and highways.

Helping to Work Toward Vision Zero

Commercial Vehicle Safety Alerts and improved work zone signage are just two of the ways agencies can continue to work toward the central goal of Vision Zero — a reduction of fatalities and serious injuries from road traffic to zero over the course of the next one to two decades (Vision Zero implementation dates vary by locale, but generally target 2030 or 2040 as an end date).

Integration of INRIX data into Drivewyze’s proven road safety notification system enables accurate, proactive alerts to be pushed to drivers who are at risk of encountering a slowdown or queue. By leveraging two premier platforms to provide critical real-time safety information to commercial truck drivers, overall road safety can be improved.