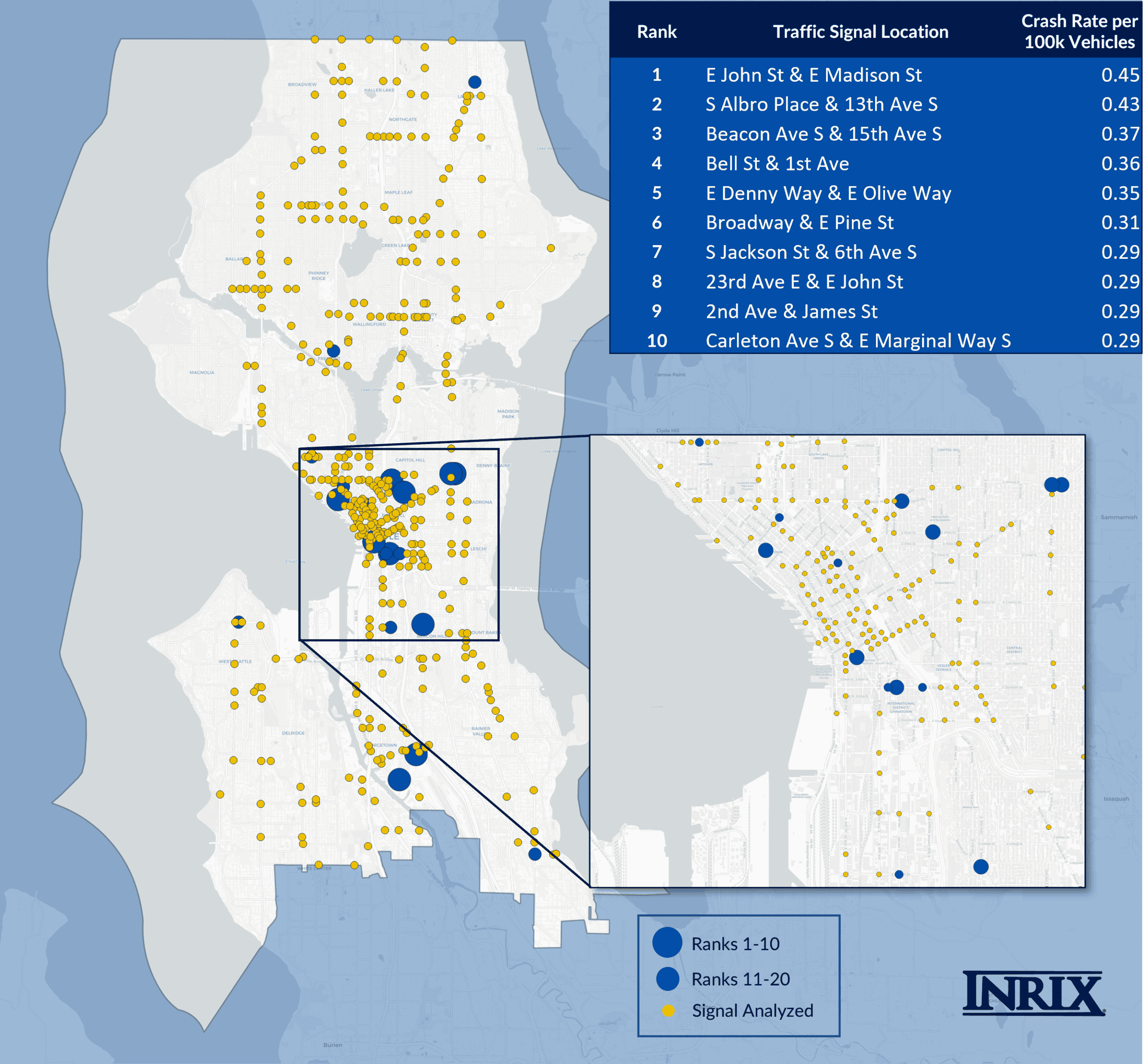 Nationally, 40% of collisions occur at intersections, according to NHTSA. During the four months analyzed, Seattle recorded 2,321 crashes, with 1,124 occurring within 400 feet of a signal, representing 48% of reported collisions.­­­