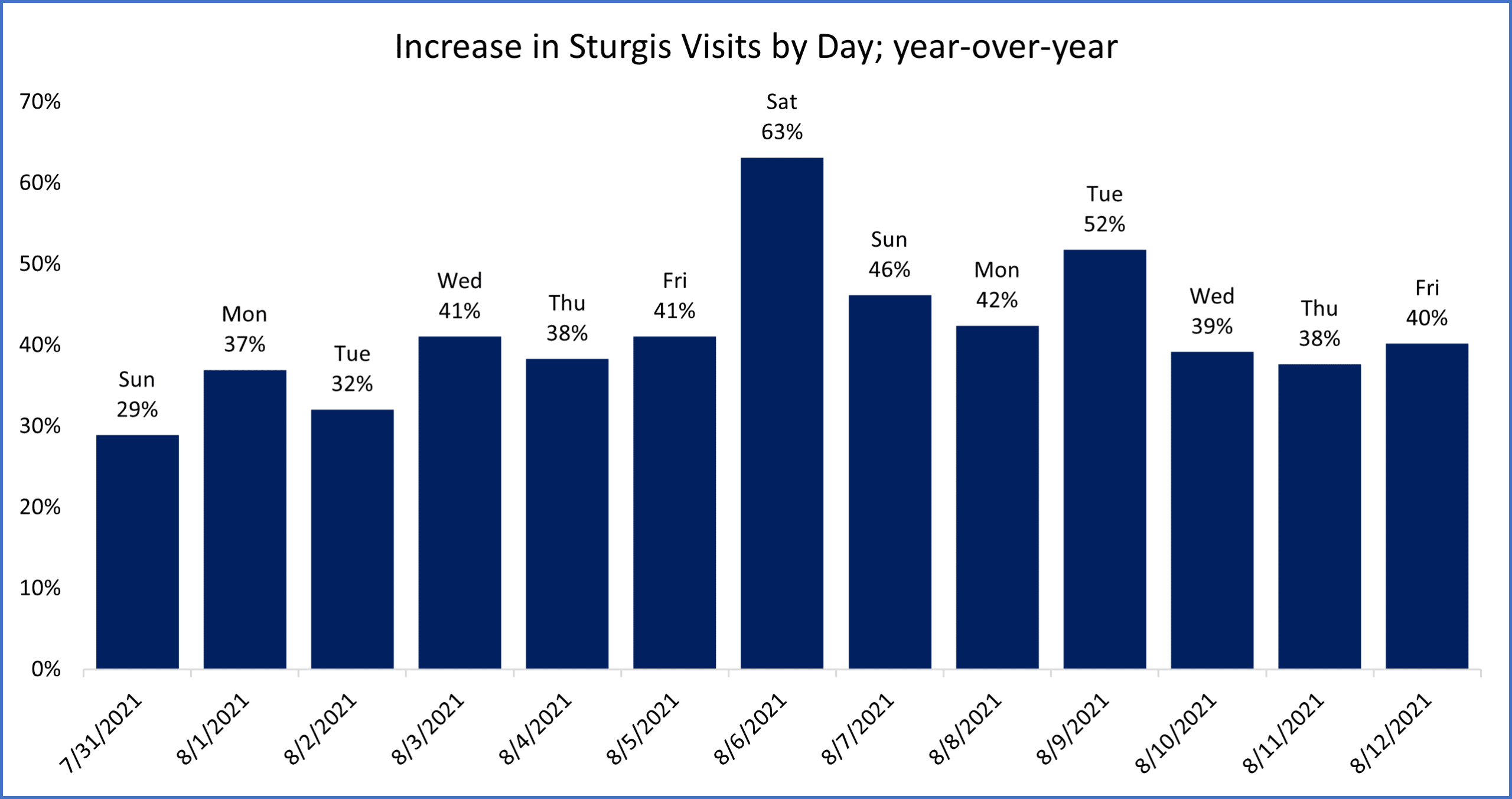 The Sturgis Motorcycle Rally is the largest motorbike rally in the world, attracting bikers from all over the United States. This South Dakota rally first began in 1938 and has evolved into a massive ten-day event, estimated to generate $800 million in annual revenue. On average, 500,000 bikers come into the small town each year for the event. Locals rent out their front and backyards for bikers to camp on, and motels quickly sell out. In the summer of 2020, in the middle of the COVID-19 pandemic, 462,000 bikers attended the event. Now that the nation has begun reopening, we wanted to see if the number of attendants increased despite pressures from the COVID-19 Delta Variant.

How big of an increase was projected and are they reaching those projections?

Officials expected nearly 700,000 attendees this year, a 52% increase over last year. According to INRIX data, it appears attendance will fall a bit short of predictions. 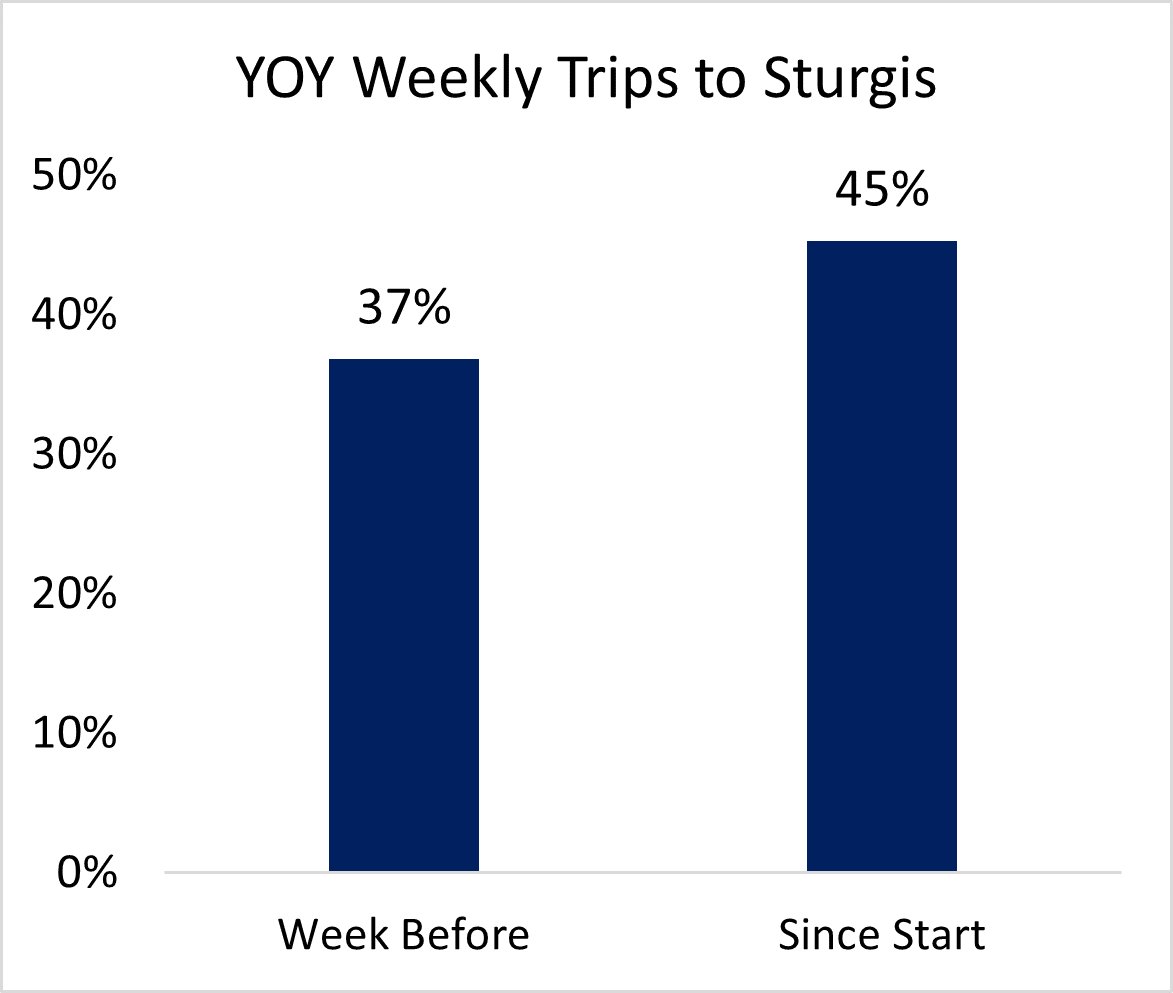 Sturgis motorcycle traffic begins to increase up to two weeks prior to the event and can linger until two weeks after the rally.

Visits to Sturgis the week before the motorcycle rally began increased 37% in 2021 compared to 2020. Since the official start of the event, visits are up 45% more than last year.

The official start on Saturday was, so far, the most popular day of the event, with 63% more trips around Sturgis than last year, though those numbers have continued to fall throughout the event. Overall, it appears the number of attendees may be slightly lower than officials’ forecast, at a 43% increase versus the 52% prediction – but still a huge number of people coming from across the country to Sturgis.

Not only are more people coming to the rally this summer, but they are also traveling further distances to participate in the event. Sturgis visits increased most in trips over 100 miles, and on average, people are traveling 4.8% longer per trip to Sturgis.

Why measure attendance to Sturgis?

Last year, Sturgis was labeled by some to be a “Super Spreader”-type event, namely an event that includes indoor & outdoor activities where social distancing and masking advisories aren’t often followed. Media coverage and studies that followed the event were largely inconclusive, ranging from 290 people who tested positive after attending the rally, to 260,000 possible cases.

Due to the unbelievable difference between the reported numbers, its important to get a better gauge on the exact effect rallies and large organized gatherings have on public health.