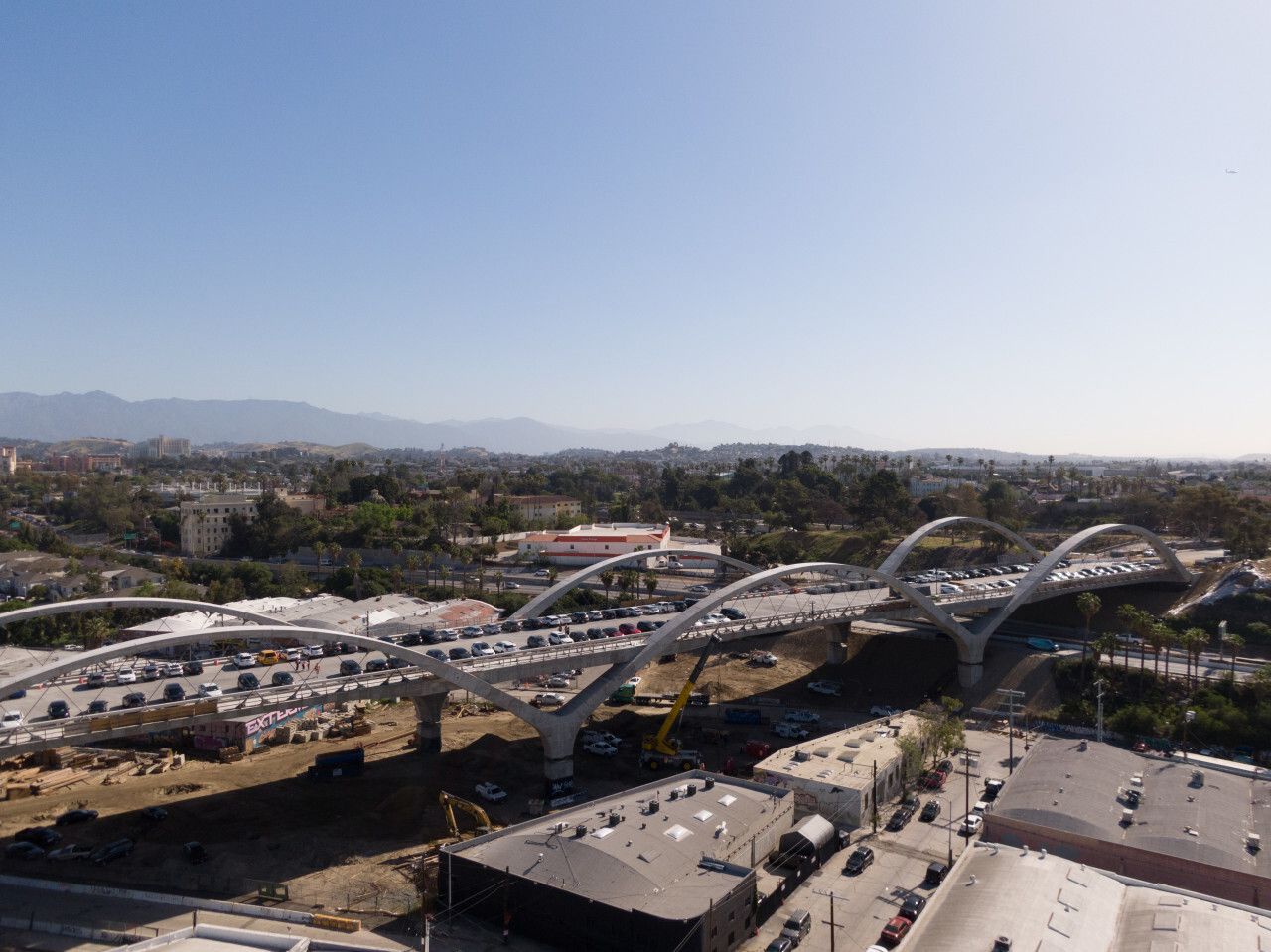 After years of construction, the iconic 6th Street Bridge opened, connecting the Boyle Heights neighborhood to the Los Angeles Arts District. In addition to seismic structure upgrades, the improvements would help reduce traffic on the roads parallel to 6th Street. However, the impact of this bridge on the city has been unexpected to say the least.

The 6th Street bridge opened to the public at 7pm on June 10th following a weekend long celebration fit with food trucks, local artists, and vendors. Initially, the roads parallel to the 6th Street Bridge have experienced a slight improvement in traffic speeds during morning rush hour, between 7 and 9 am. The average traffic speed for morning rush hour on 4th Street, north of the new viaduct, has increased by 22% since the bridge opened to the public. While traffic speeds for 7th Street, south of the viaduct, have increased by 41% since the opening.

After experiencing a decrease in traffic speeds during morning rush hour once the original bridge closed in 2016, the traffic speeds after the opening of the new viaduct have returned closely to how they were pre-construction.

However, the new bridge has quickly turned into a hot spot for various stunts, street takeovers, and “dangerous activity” resulting in bridge closures on six different nights in the span of ten days.

The first bridge closure happened only a week after it opened, on Sunday, July 17th when a driver was caught on camera doing donuts in the middle of the viaduct resulting in a 3-car collision. But this was only the beginning of a variety of stunts attempted on this landmark. There has been street racing, graffiti, illegal street takeovers drawing hundreds of spectators, dozens of bicyclists descending upon the bridge blocking traffic, as well as social media stunts such as a barber giving a haircut in between lanes.

Officials plan to install speed bumps, safety fences and cameras in hopes of reducing this activity. But in the meantime, it was announced on Tuesday that the bridge will be “closed until further notice,” however they re-opened the bridge the next morning.

This viaduct is a replacement of the original built in 1932 that is included in the National Register for Historic Places. It was demolished in 2016 due to high alkali content in the concrete, resulting in cracks and impairing the viaduct’s structural integrity. After six years of construction and $588 million spent, the people of Los Angeles were excited to welcome back this landmark featured in various movies and music videos such as Grease, Terminators 2 and 3, and Kanye’s “Jesus Walks”.

The city of Los Angeles rebuilt the 6th Street Bridge with the purpose of replacing the original landmark that was deemed seismically unsafe. Although it was not intended to dramatically reduce traffic congestion, we have still seen a small improvement in traffic speeds during morning rush hour on the roads parallel to 6th street, but no noticeable change throughout the remainder of the day. Once the anticipated safety improvements are implemented on the bridge to reduce dangerous activity and closures, hopefully regular use of this bridge will continue to reduce traffic and increase road speeds in this area. INRIX will continue monitoring the status of the Sixth Street Bridge to provide real-time insights on how the opening of this viaduct is affecting traffic trends in the surrounding area.